The beautiful truth of the Gospel is that all work can be sacred and meaningful. The Gospel redeems all things! In the pages of God’s Word, we are all called to faithfulness in our work, no matter what that work may be.

Today’s guest feature from Karen Cooper focuses on the legacy left by her father. His Depression-era faithfulness to the Lord showed clearly through his everyday work, a forced career-path many today would find disappointing and difficult to embrace. Join us as we turn back the pages with Karen to see what faith and work lessons we can learn from the Greatest Generation.

It wasn’t the time for considering identity or calling. It was 1924 and all that mattered was finding work. Job fulfillment was not on anyone’s radar.

My Dad stood in bread lines during the Depression. As the eldest of ten children, he was in charge of his younger brothers and sisters. Forced to forfeit his own desires, he shared a bedroom with every new child that came along. They were stacked three and four to a bed in a little two-bedroom bungalow. A big tub was dragged into the kitchen every Saturday night where multiple children scrubbed clean one right after the other in the same once-heated, ever-murkier water.

Amidst all his relegated chores, a dream began to churn deep inside my dad’s young heart. He set his sights on the ROTC with a pie-in-the-sky desire to be an FBI agent. But he only got as far as the uniform. After his picture was snapped at school, he came running in the door looking like a real live soldier, only to hear his father’s pronouncement of fate:

Quit school and get a job.

He was just 14 but this child needed to help make ends meet for the growing family. Dreams didn’t matter back then. Only survival.

This seemed to be his calling: give up everything for everyone else. Work hard wherever you could find employment. He became the protector, provider, and prince of the family, the glue that held them together. He felt responsible for his siblings, especially after his mother died soon after her 48th birthday. There was no time for dreams of his own. So by the time he was 19, his “career” landed him in the machine shop at U.S. Steel in Chicago, Illinois.

He would remain there for 40 years.

No FBI career ever surfaced. But dad didn’t find his identity in his job. He worked every day with all his heart as if he was working for the Lord. He was thankful he had employment with benefits. He persevered through years of varying shifts and obnoxious co-workers. He didn’t have the best work environment and certainly didn’t find fulfillment overseeing a bunch of difficult machinists who tried to get by with as little work as possible. He often told stories of corralling men asleep in restrooms and lockers. It was far from pleasant work, but he was a faithful employee. Dependable to the core. If he wanted to quit, we never heard about it. How did he keep going when this kind of work surely left him constantly unfulfilled and longing for more?

He withstood life’s ups and downs because he was rooted in the immovable truths of the Gospel. His true identity wasn’t found at the machine shop or lost by his failure to become an FBI agent. That was never who he was. I believe his identity and his calling found fulfillment within the words of Jesus:

Can we say the same wherever we find ourselves today? 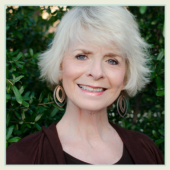 Karen is a mother and grandmother who loves to write stories from actual life experiences. She writes from the truths of God's Word endeavoring to help others apply them to their daily lives. She also began writing her own Bible studies several years ago and leads a group of women in a weekly Bible study. She is married to David Cooper, President of CRF, Inc. They will celebrate their 50th Anniversary this summer.

What if Your Success is Anonymous?

God of the Longview

Called To The Common Good

Is It Time to Start a Revolution?