I have two missions stories for you back from 2018 that may be good reminders during the times we find ourselves in. One is where my family had the privilege of serving on a mission trip with other Assembly of God Missionaries in Ethiopia, and the other is from Karen Cooper and her frightful trip to Honduras. While these trips were hard in the moment, both have changed us for the better. Some of you may have read these stories when they were originally posted, but I wanted to retell these stories again since the heart of the message still applies today. We’ll start with my trip to Ethiopia:

After nearly 40 hours, an overnight airport delay, and two itineraries reroute, I found myself sitting in a mass of disgruntled travelers in the Addis Ababa airport waiting for our now twice-delayed Ethiopian airline flight to board for Nairobi. Our original Assembly of God Missionaries team consisting of twenty people had been split up twice already, and my wife and three kids were the only 4 left with me. We were trying to count that blessing as my children, travel novices at best were questioning why we ever left our quaint Midwestern suburb for dad’s claim of life-changing adventure while serving on this mission trip.

In all my travels, I had never experienced anything like this. We were exhausted, hungry, and stuck in one of the least desirable airport terminals in the world. To top it off, I was powerless. There was absolutely nothing I could do about it.

So, we pulled a few snacks from our carry-on bags and tried to keep each other in good spirits as the other Assembly of God missionaries on the trip were long gone. Many other irate East African co-passengers argued with the agents about the unexplained delays and lack of communication. The intensifying scene was already beginning to make me a little uncomfortable when I glanced down at my 11-year-old son. He had been complaining of an upset stomach since we arrived in Addis, but now his face had grown a bit pale, too.

What happened next unfolded in slow motion. His knees stiffened, his eyes rolled back in his head, and his body tumbled backward like he was doing the Nestea plunge. Had it not been for his oversized backpack, his head would’ve certainly cracked hard on the concrete floor. His sister’s scream silenced all other activity and conversation in the buzzing terminal, and we found ourselves on our knees tending to our unconscious son surrounded by a circle of curious and concerned Ethiopian onlookers.

This was not the beautiful journey I had promised my kids for the last 6 months.

The idea of having a fun time serving on this mission trip was starting to grow dim, but thankfully, he had just passed out, the result of extreme fatigue, lack of food, and airplane dehydration. After convincing the airport officials he was not suffering from some horrific communicable disease and in need of quarantine, we were finally allowed to board the plane to reunite with the rest of the Assembly of God missionaries.

This was not the trip I had planned. It was nothing like the picture I had painted in my head. But when serving on mission trips there are unexpected blessings, everything from encountering moments of complete powerlessness.

My son is a strong-willed negotiator, never content with an answer he doesn’t like. On many occasions I’ve told my wife, “I wish he would just listen to his dad sometimes. I wish he could find rest in my decisions, that I know what’s best, that I can be trusted.”

This terrifying moment deeply impacted him. Even though we were in this new unknown environment with Assembly of God missionaries, he humbly asked a lot more questions, he paid attention to my instructions, and he literally clung to me physically as our days unfolded in Kenya. He fell asleep grasping my arm. As a dad, there’s nothing you long for more, even though the circumstances that got you here could not be desired less. He sought refuge in his father, and while we were serving on this mission trip together, we both found refuge in The Father.

Powerlessness can be a gift.  It can connect us to God in unmatched ways, draw us into His covering and protection, and tap into a strength so much greater than our own. Whether you were one of the Assembly of God missionaries serving on this mission trip or someone that works a nine to five in the marketplace, you were made to find our rest in the Father. To get there we usually have to walk the uncomfortable road that leads us to the end of ourselves.

“You’re blessed when you’re at the end of your rope. With less of you, there is more of God and his rule.” –Matthew 5:3 (MSG)

So,  here’s to powerlessness. Remember, whether you’re one of the most influential Assemblies of God missionaries, or just another person trying to follow Jesus, powerlessness might be more powerful than you think.

The last story from Karen Cooper is another frightful story no one wants to ever go through. I hope and pray that all of us can sing when the “evening” comes, especially during 2021:

The day of my accident began normally, with the early morning sun poking holes through the makeshift shade my husband rigged up the night before. Daylight came early in Honduras, so no alarm clock was needed to get us and the rest of the Assembly of God missionaries up and going.

The ones serving on this mission trip had come to minister to the children of LaCeiba, and I couldn’t wait to get back to those little faces. Because of the glaring rays bouncing off the window panes, I had to squint to distinguish the objects below. Suddenly the lyrics to a familiar song framed the scene.

“T​he  sun comes up; it’s a new day dawning; it’s time to sing your song again;  whatever may pass and whatever lies before me… let me be singing when the evening comes.”

My mind quietly rehearsed this song as I walked across the room to pick up my journal. Jotting down the words to remind me that no matter what was behind or before, I wanted to always have a song. Never did I imagine the “​whatever lies before me​” of this day. Even though my intentions were good, who knew if I’d really be singing ​when the evening came​?

Even before I was pulled up off the ground, I wondered ​why​ it happened. Lying flat on my back surrounded by Assembly of God Missionaries and the poverty of a developing world country, no song came.

With morphine dulling the pain and facing the fact that my hip was truly broken, it made it worse that I was thousands of miles from home. Sobbing, gut–wrenching cries helped release some of the fears of my future well-being. Doubts haunted me.

Hadn’t we prayed for protection?​

How could this happen​ on a mission trip?

These were questions I had to settle in my heart and mind.

When darkness encompassed that Honduran hospital room and all the Assembly of God missionaries with us had left for the night, I was reminded, “​Whatever may pass or whatever lies before me,​ ​ let me be singing when the evening comes.​”

I was serving on a mission trip with One Child Matters was cut short by a broken hip. Why I may never know. There were days of pain, surgery, and therapy. Family and friends and the Assembly of God missionaries with us camped out by my side. Prayer support kept me going. I eventually learned to walk again, and the pain is but a memory now. But I never want to forget those moments when my faith was shaken. When I had to remind myself of Truth.

I don’t know what your “evening” has brought you. You may be walking through the darkest days of your life, much worse than anything I have described here. But whatever has passed and whatever lies before you, may I encourage you to go back to what you know.

He is still the same ​no matter what! ​

He is still your Protector.

He is still your Provider.

He will still be your Stability when the evening comes. 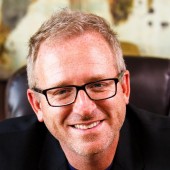 We Have Plenty of Information, We Need More Wisdom

What the Bible Says About Work: The House Where Grace Lived

Do You Really Believe That Jesus Is Worth It?